“If in the darkness of ignorance, you don’t recognize a person’s true nature, look to see whom he has chosen for his leader … RUMI

Looking at the representation of the symbols of the law of three from the Law of 7¨s point of view can remind us of the difference between time and eternity. Easy to overlook in our digital age…

what is sleep?
Sleep resembles death.
Ah, why then dost thou not work in such wise
that after death thou mayest retain a
resemblance to perfect life,
rather than during life make thyself
like the hapless dead
by sleeping?

LEONARDO DA VINCI from Being by S. H.

“I am now carrying out my experiments, namely, those experiments I call “architectural,” and these are making clear to me precisely what kind of interior spaces act harmfully upon people and animals, and to what extent. ‘These “architectural” experiments have already fully convinced me, not only that the size and the general interior form of a place have an enormous influence on people and animals, but also that all interior “curves,” “angles,” “projections,” “breaks” in the walls, and so on, bringing about changes in the vibrations proceeding in the atmosphere of the place, always contribute to improving or worsening the subjective vibrations of the people and animals there. “When he began making his experiments in our presence with this large tent, I noticed among other things that the changing vibrations, acting in response to various surrounding causes, affected the common presence of the three-brained beings who have taken your fancy much more strongly than that of the one-brained and two-brained beings. “Evidently this also is the consequence of the abnormal inner and outer conditions of their ordinary being-existence.
“After these architectural demonstrations, he led us to another small chamber where he carried out many other experiments, through which it could easily be seen and understood precisely which vibrations from various sources act upon the ‘subjective chord of vibrations’ of your favorites, and in what manner. “These experiments also showed the results caused by vibrations issuing from the radiations of three-brained beings of various types or of two-brained and one-brained beings, as well as those caused by the vibrations of their voices and by those from many other sources. “He also demonstrated and explained experiments that proved the harmful action on contemporary terrestrial beings of those supposedly intentional productions which
are found in great quantities, especially in recent times, and which they call ‘works of art.’ “Among them were ‘pictures,’ ‘statues,’ and of course their famous ‘music ‘ “But from all the experiments conducted by this sage, it became evident that the most harmful vibrations for contemporary terrestrial three-brained beings are the ones produced in them by what they call ‘medical remedies.'”                                   BT G.I.G

The Soul of the Empress Mumtaz-I-Mahal,  1914 – excerpt from ‘A New Model of the Universe’. P.D.Ouspensky

…….”I passed through the arch and out on to the broad stone platform, and stopped to look about me. Straight in front of me and right across the garden led a long broad avenue of dark cypresses, divided down the middle by a strip of water with a row of jutting arms of fountains. At the further end the avenue of cypresses was closed by the white cloud of the Taj Mahal. At the sides of the Taj, a little below it, the cupolas of two large mosques could be seen under the trees.

I walked slowly along the main avenue in the direction of the white building, by the strip of water with its fountains. The first thing that struck me, and that I had not foreseen, was the immense size of the Taj. It is in fact a very large structure, but it appears even larger than it is, owing chiefly to the ingenious design of the builders,

who surrounded it with a garden and so arranged the gates and avenues that the building from this side is not seen all at once, but is disclosed little by little as you approach it. I realised that everything about it had been exactly planned and calculated, and that everything was designed to supplement and reinforce the chief impression. It became clear to me why it was that in photographs the Taj Mahal had appeared unfinished and almost plain. It cannot be separated from the garden and from the mosques on either side, which appear as its continuation. I saw now why the minarets at the corners of the marble platform on which the main building stands had given me the impression of a defect. For in photographs I had seen the picture of the Taj as ending on both sides with these minarets. Actually, it does not end there, but imperceptibly passes into the garden and the adjacent buildings. And again, the minarets are not actually seen in all their height as they are in photographs. From the avenue along which I walked only their tops were visible behind the trees. END_OF_DOCUMENT_TOKEN_TO_BE_REPLACED

withinfilm Published on Aug 24, 2014 This video is about Rumi.

A central idea in Gurdjieff’s system of knowledge outlines one of the two fundamental laws governing every process in the universe. According to this idea, the universe is a singular wholeness that divides itself into seven degrees of density. These divisions are in turn divided into seven degrees of density, and so on. By the action of this law, the universe expresses the eternal relationship between its wholeness and its divisions, as well as the relationships between all the divisions. END_OF_DOCUMENT_TOKEN_TO_BE_REPLACED

The Sayyids in particular, among the sources of music from esoteric schools, are remarkable for their alternation, back and forth, between a vocal or instrumental invocation of higher forces and a rhythmic dance movement to express those forces here below. Gurdjieff’s balance between inner and outer work, though different and quite original also, throws light on such cross-currents of the Truth everywhere. De Hartmann seems to have been touched by a very special presence while playing this one.

Music is the pleasure the human mind experiences from counting without being aware that it is counting.

“But ancient art was not for liking. Everyone who read understood. Now, this purpose of art is entirely forgotten.
For instance, take architecture. I saw some examples of architecture in Persia and Turkey—for instance, one building of two rooms. Everyone who entered these rooms, whether old or young, whether English or Persian, wept. This happened with people of different backgrounds and education. We continued this experiment for two or three weeks and observed everyone’s reactions. The result was always the same. We specially chose cheerful people. With these architectural combinations, the mathematically calculated vibrations contained in the building could not produce any other effect. We are under certain laws and cannot withstand external influences. Because the architect of this building had a different understanding and built mathematically, the result was always the same. END_OF_DOCUMENT_TOKEN_TO_BE_REPLACED 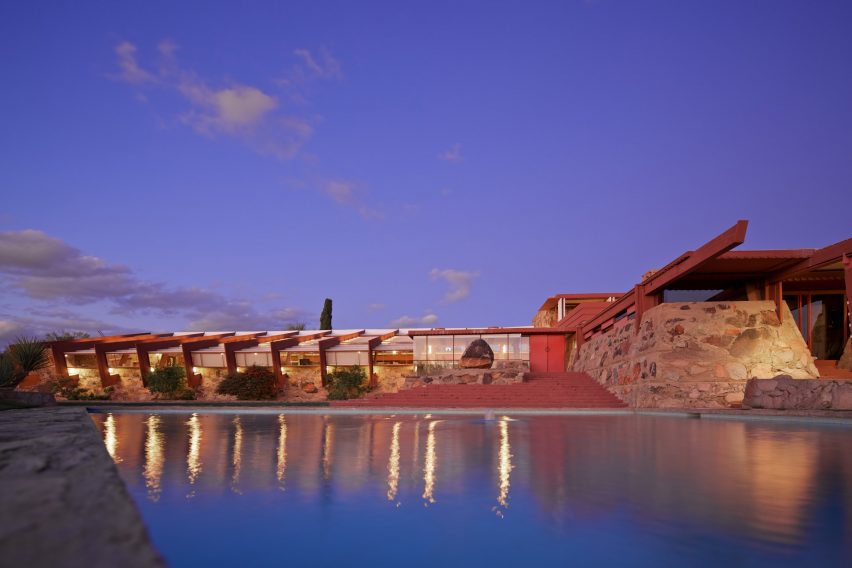 END_OF_DOCUMENT_TOKEN_TO_BE_REPLACED

Sergiu Celibache  on his Philosophy of Music