“What is this world without a further Divine purpose in it all?” W.Whitman

“What? Know ye not that your body is the temple of the Holy Spirit in you, which ye have of God, and ye are not your own? For ye are bought with a price. Therefore glorify God in your body and in your spirit, which are God’s.”
I Corinthians 6:19

“and he is saying “Elohim behold! I give to you every of herbage seeding seed, which on surfaces of all of the earth and every of the tree which in him fruit of tree seeding seed for you he is becoming for food.”
Genesis I:29

“This yet I am averring brothers that flesh and blood Kingdom of God to tenant not are able, not yet the corruption the incorruption is tennanting”
I Corinthians 15:50

“All the beings of this planet then began to work in order to have in their consciousness this Divine function of genuine conscience, and for this purpose, as everywhere in the Universe, they transubstantiated in themselves what are called the ‘being-obligolnian-strivings’ which consist of the following five, namely:

“The first striving: to have in their ordinary being existence everything satisfying and really necessary for their planetary body.

“The second striving: to have a constant and unflagging instinctive need for self-perfection in the sense of being.

“The third: the conscious striving to know ever more and more concern the laws of World-creation and World-maintenance.

“The fourth: the striving from the beginning of their existence to pay for their arising and their individuality as quickly as possible, in order afterwards to be free to lighten as much as possible the Sorrow of our COMMON FATHER”

“O grace abounding and allowing me to dare
to fix my gaze on the Eternal Light,
so deep my vision was consumed in it!

I saw how it contains within its depths
all things bound in a single book by love
of which creation is the scattered leaves:

how substance, accident, and their relation
were fused in such a way that what I now
describe is but a glimmer of that Light.”
― Dante Alighieri, Paradiso

“It was the hour of morning,
when the sun mounts with those stars
that shone with it when God’s own love
first set in motion those fair things”
― Dante Alighieri, Inferno 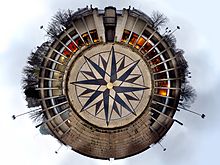 The details and distractions are infinite. It is only natural, therefore, that we should never see the picture whole. But the universal goal — the attainment of harmony — is apparent.
Richard Byrd  Alone

One early morning I had a conscious dream. I was literally in Heaven. No doubt about that.  It started with the short noticing of my body, I looked at it with an interest as it had the shape of the body, rather pinkish colour, but not of the gross density of its matter. I cannot describe it better as I was instantly overtaken by  feeling of unspeakable love.

In front of me I saw the huge SUN, radiating not heat but love beyond anything imaginable, which penetrates one’s whole being. IT did not blind nor burn me at all. I did not see anybody, just this SUN’s golden light, but I ‘knew’ there were other beings to the leftish side, all loving me as well, no duality of any kind…and I thought ‘This is my home, that’s what I have been searching for all my life’…strangely I understood I could not stay there but it was my home. I looked around, on the right  I saw endless crystal clear blue skies getting pinkish on the horizon,  on the left in the lower region below “us” I saw few planets I believe 3 at the distance,  turning in slow motion around their axes…I noticed an unusual sound reaching me, not exactly music, I cannot describe it, but I thought “that must be that music of the spheres” …

Then an awful noise interrupted this bliss and some gravitational force, similar to that when the airplane just starts to lend, grabbed me and I started falling down. I was falling first through very light clouds that were getting denser and denser of grayish colour, of psychological nature, full of anxieties, negative emotions of all kinds which I was absorbing like a sponge. The fall lasted much longer than my stay in HEAVENS. Getting closer to the Earth they were heavier and finally, I faced living shapeless force of hatred of such intensity I could not believe we had it on Earth. And I ‘knew’ we all created this, that all our thoughts and negativity stay in the sphere and I understood it as if they separate us from Heavens.

Then I fell like a bag into my bed and woke up instantly, it was early in the morning, I looked out of the window, Sydney’s sky was then still clear and deeply blue, the distant small sun was shining at me and I thought “as above so below”…

The sound which brought me back from Heavens was a lawnmower of our neighbours. Some questions to be pondered on:

-the sound from the Earth reaches HEAVEN.*

-the mind of the let’s say ‘subtle’ body contains the memory of the life of the physical body.

-it seems to be the anti-gravitational force that brings us down.

-the emotional states I was falling through must be different densities of vibrations and matter that stay in the atmosphere. Esoteric sources: after a certain level of vibrations everything becomes psychological.