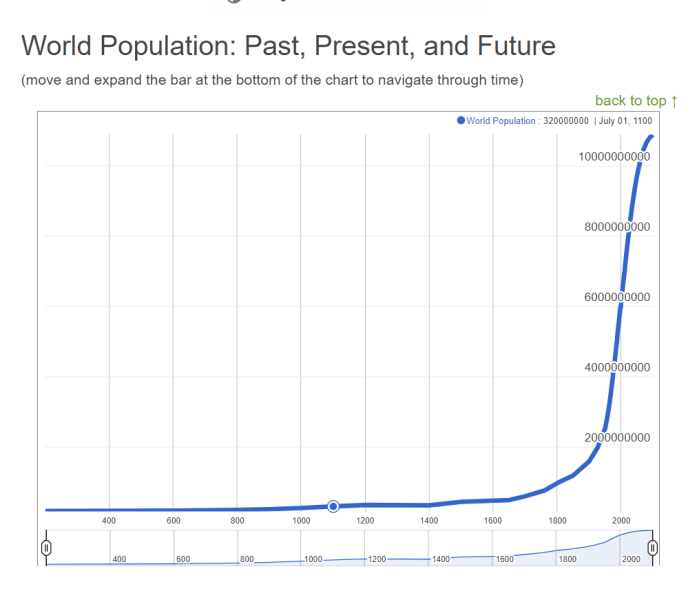 We know already that human conduct has a major impact on the ecosystem of the ‘Spaceship Earth’.  As science indicates that the ‘outer’ is a manifestation of the ‘inner’, it would be natural to start reasoning what “inner” of the 19th century has caused the steep rise of our population thereafter.
The esoteric science insists that the level of the human population is not determined by an accidental process but by the needs of Nature that regulates it according to the planetary and cosmic requirements. Life on the planets has been created for receiving and transmitting the influences coming from the planetary worlds. Such a function should be fulfilled qualitatively according to the original design. When humanity takes control of the planetary affairs into its hands without recognizing its own dependence on the objective laws of the Universe, Nature has to adjust the planetary processes quantitatively, by rising the level of the population.
So rather than exposing humanity to different acustic wars, it would be wiser to discover, under what objective laws we actually find ourselves and synchronize our behaviour with the pulse of the Ray of Creation.
It seems to coincide with the question of our origins so perhaps the military and scientists of genetics could come forward after 1oo years of knowing the truth and explain it to us before we manage to destroy genomes of all species in our pursuit of immortality on the horizontal TimeLine?